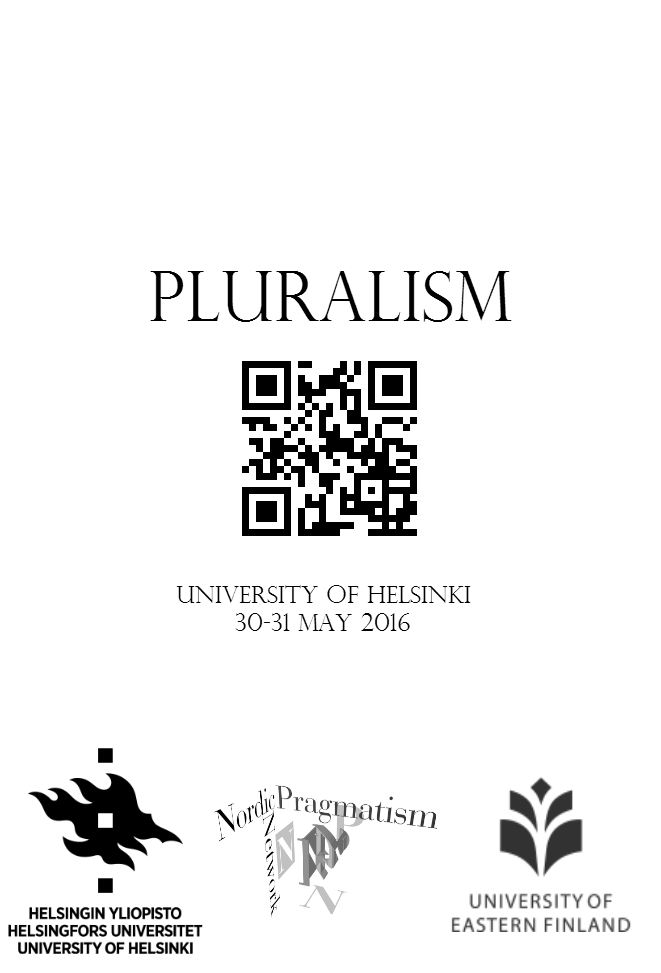 Originally a term for art in ontology, pluralism has become to mean an approach to cultural, ethnic and religious diversity. The philosophers and sociologists of the pragmatist tradition, beginning with William James and John Dewey, advanced forms of cultural pluralism, prefiguring the much debated multiculturalism of today. The notion was also adopted by the central figures of the liberal tradition in political philosophy, such as Isaiah Berlin and John Rawls, as well as their opponents from different directions.

In contemporary debates in ethics and political philosophy, pluralism is used to refer (among other uses) both to the fact that different groups and individuals within any given contemporary Western society have somewhat differing ethical views or moral attitudes, and to a stance which prescribes an accepting or approving attitude towards ethical views that differ from one’s own (at least within some limits to be specified). This latter, normative version of pluralism may be reflected in the state’s policies towards groups with differing ethical views, as in political pluralism, or, alternatively, it may allude to a stance adopted by an individual towards the (conflicting) views of others.

The aim of this workshop is to clarify our understanding of this normative concept of pluralism, its merits and potential issues:

The workshop is open for all, but the organizers kindly ask for a registration by email in advance (info(at)nordprag.org).

10.50-11.40
Sami Pihlström (Helsinki)
The Plurality of Pluralisms in Pragmatically Pluralist Philosophy of Religion

10.00-10.50
Antje Gimmler (Aalborg)
The Cultures of Normativity –Plurality in Everyday life and Theory

12.50-13.40
Heikki J. Koskinen (Helsinki)
Recognition-Relations and the Pluralism of Identities