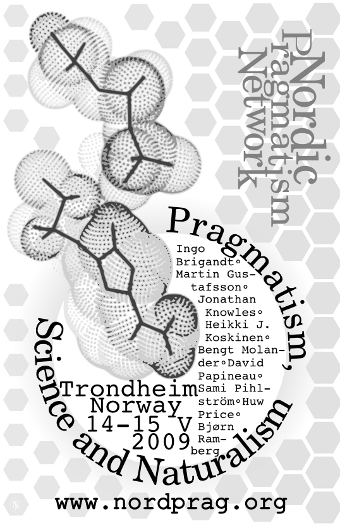 According to philosophical naturalism, we live in and are part of a natural world – world as conceived of and described by modern natural science. As such, naturalism is accepted by the majority of serious philosophers and scientists today.

However, it can be difficult to give the doctrine non-controversial content. For some, naturalism means that everything is ultimately physically constituted and that all entities and properties are reducible, in principle, to those of fundamental physics. Many others calling themselves naturalists would however reject such a reductive view. To start with it may be possible to draw a distinction between what fundamentally exists and what explanatory projects we may engage in. Reductive naturalism may even be insufficiently naturalistic, insofar as it is (arguably) not mandated by explanatory projects within science itself.

A further aspect of this problem is that reductionism may presuppose a faulty picture of how language relates to the world – again according to science. It is not certain the human concepts can be seen as functioning to represent a mind-independent reality as opposed to enabling us to cope with the world in various ways – a theme made famous by the neo-pragmatist Richard Rorty, and developed in different ways recently by thinkers such as Hilary Putnam, Robert Brandom and Huw Price.

This is one explicit connection between naturalism and pragmatism, but there are many others. The origins of pragmatism in the philosophy of Charles Peirce (1839–1914) were characterized by an attempt to create an understanding of science reflecting the meaning of scientific concepts. Most pragmatists, especially those inspired by John Dewey (1859-1952), have been naturalists, their naturalism usually being of a non-reductive, non-scientistic kind.

A critical investigation of modern naturalism is vitally needed for a deeper understanding of pragmatism’s ability to offer enriching perspectives on contemporary philosophy of science. The kind of non-reductive naturalism so often associated with pragmatism needs to be assessed for its plausibility, as does whether a pragmatist perspective on different human ways of conceiving of the world can mediate between different points of view, especially those of natural science and common sense.

Questions to be discussed in the workshop include the following:

The workshop is arranged at the Norwegian University of Science and Technology (NTNU), in Trondheim, Norway, with financial support from the Joint Committee for Nordic Research Councils for the Humanities and the Social Sciences (NOS-HS).

Rooms at Rica Nidelven Hotel (Havnegata 1-3, 7400 Trondheim) have been reserved for the speakers. On Thursday, the workshop takes place at Dragvoll campus, Building 5, auditorium D4. On Friday, the sessions are located at Suhmhuset, Science Museum, Elvegata 6. The participants will meet at the hotel in the mornings of the workshop days for joint walking or transportation to the locations. On Thusday evening, there is a workshop dinner arranged by the organizers.