Limits of Pragmatism and Challenges of Theodicy (2019) 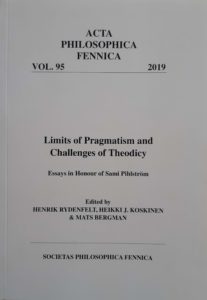 This volume, published in the series Acta Philosophica Fennica, is dedicated to Prof. Sami Pihlström on the occasion his 50th birthday and edited by Henrik Rydenfelt, Heikki J. Koskinen and Mats Bergman. Pihlström’s responses to the authors are available here.

Edited by Krzysztof Piotr Skowroński and Sami Pihlström this volume in the Nordic Studies in Pragmatism series collects together contributions to conference on pragmatism, Kant and kantianism organized in Berlin in 2017. 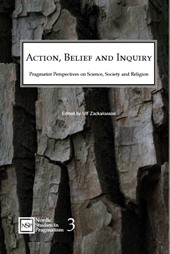 The volume collects together Nordic contributions highlighting the relevance of pragmatist notions and arguments in contemporary debate on science, society and religion. The volume is edited by Ulf Zackariasson.

Edited by Dirk-Martin Grube and Robert Sinclair, this volume in the Nordic Studies in Pragmatism series collects together contributions to the conference dedicated to Joseph Margolis’s thought, Metaphysics of Culture, as well as Margolis’s responses. 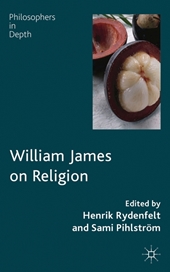 A book on William James’s ideas in the philosophy of religion is published in the Philosophers in Depth series by Palgrave Macmillan.

The volume is edited by Henrik Rydenfelt and Sami Pihlström, with many of the chapters based on papers presented at the workshop Pragmatism and the Ethics of Belief. 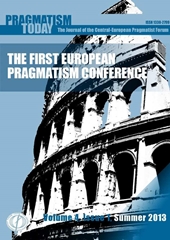 A symposium of papers from the First European Pragmatism conference is published as a special issue of the journal Pragmatism Today. 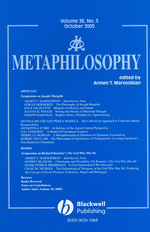 A symposium of three papers presented at the Second Nordic Pragmatism Conference appeared in the journal Metaphilosophy in late 2011.

The authors are Robert B. Talisse, Henrik Rydenfelt and David Hildebrand. 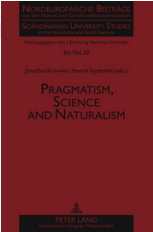 A volume collecting together papers presented at the workshop Pragmatism, science and naturalism is published with Peter Lang in 2011. The editors are Jonathan Knowles and Henrik Rydenfelt. 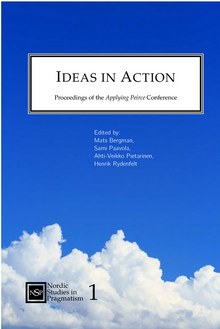 The selected proceedings of the conference Applying Peirce conference organized in Helsinki is published as a volume in the Network’s own peer reviewed publication series, Nordic Studies in Pragmatism, edited by Mats Bergman, Sami Paavola Ahti-Veikko Pietarinen and Henrik Rydenfelt. 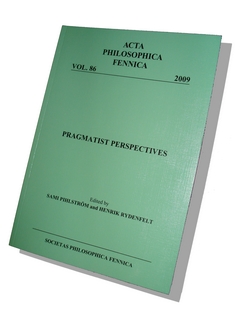 of papers presented at the First Nordic Pragmatism Conference is published in the series Acta Philosophica Fennica in 2009. The volume is edited by Sami Pihlström and Henrik Rydenfelt.